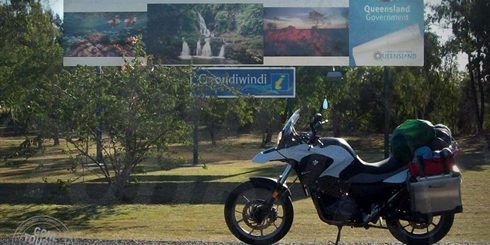 I test rode the 2010 G 650 GS in October I found it was a very different ride to the sports bike I was used to with BMW G650 Proven Reliability. However I knew that the riding position and balance would grow on me. So when it came time to upgrade in March I knew there was only one bike for me. 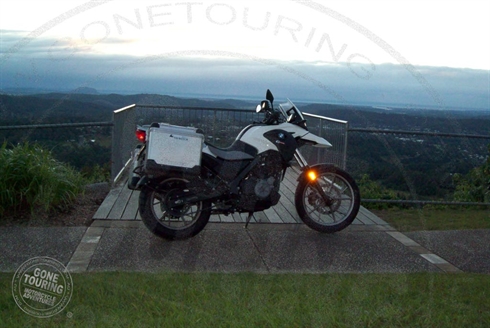 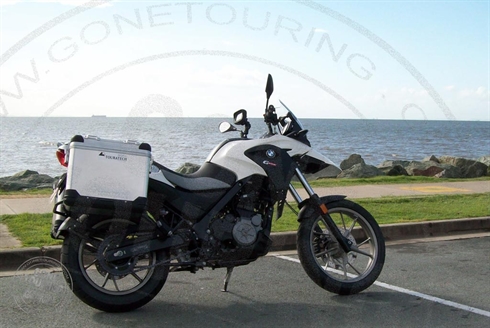 The G 650 GS is perfectly balanced and has a high ground clearance. This gives you a lot more confidence when leaning into a turn. I have found that I can turn faster and sharper than my old sports bike. The Brembo brakes and ABS stop the bike almost instantly.

I purchased the G 650 GS from Lahni at Morgan and Wacker in Brisbane. Lahni was very helpful. I had the 33L Touratech Panniers installed before delivery. The mounting system for the Touratech Panniers also acts as a crash bar. After the run in period I was given a new odometer. I was told this was supposed to be replaced before delivery but they didn’t have the parts in the country at the time. They also installed the optional accessory socket. 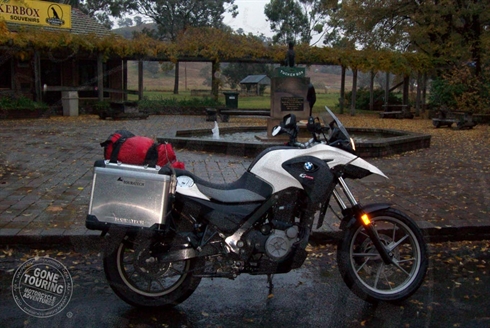 With the clock reset to zero I was ready for the next 10,000km. In May with 3000km on the Odometer I rode from Brisbane to Tasmania and back. This put another 5000km on the bike in 2 weeks. A month after my return the G 650 GS was back in the shop for another service. There was a factory recall on part of the rear wheel assembly. As part of this Morgan and Wacker installed new wheel bearings, nuts and bolts, chain and sprockets.

Then engine has a massive amount of torque. I first noticed it while riding through the Blackall Range in South East Queensland. My old 250 would have had to change done 2 or 3 gears to get up those mountains. The G 650 GS was never fazed.  What really impressed me was riding through the Blue Mountains from Sydney to Lithgow with fully loaded panniers and equipment strapped on top as well. I only needed to change down gears when the car in front of me was driving slowly.

The heated grips were very useful on the trip to Tasmania. But I found they weren’t quite enough to combat the cold in the morning. Most of this cold is wind-chill so I have since installed the Genuine BMW Hand Protectors. These offer some wind resistance and help keep your hands warm. I’ve also installed the Touratech Exhaust Heat Shield. This protects the exhaust pipe and pillions legs from melting pants. My sisters rain pants actually melted to the pipe in the first week so that heat shield is well worth purchasing. 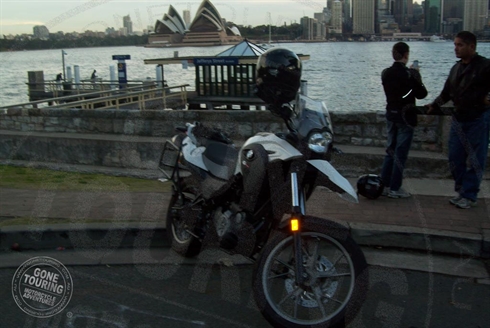 Words and Photos by Jakob Shanks 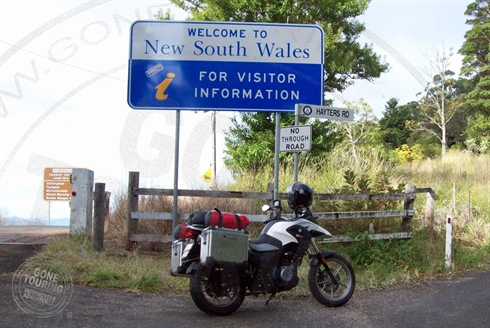 How to replace a Harley-Davidson key FOB battery

What should I pack for motorcycle touring

How to put your Harley-Davidson into Transport mode