If you’re in Victoria and looking for a great days’ riding with plenty if twists and stunning scenery look no further. The four hour, 270 kilometer, Lap of Lake Eildon won’t disappoint. 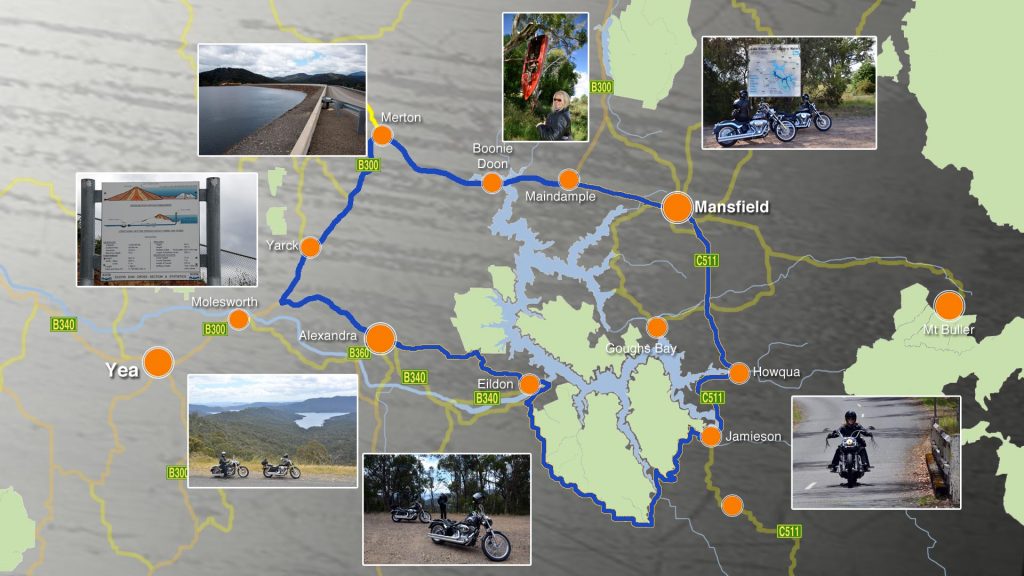 We chose to circumnavigate our lap of Lake Eildon in an anti-clockwise direction, leaving Mansfield early in the morning which would allow ample time to explore the towns of Alexandra and Eildon along the way before heading through the mountains to Jamieson then back Mansfield later that afternoon.

Our first stop for the day was at the site of the old Bridge Inn Hotel at Maindample, which burnt down on the 30th of July 2010, where an old speedboat hangs from a nearby tree. The pub was a popular spot for local and travelers alike that’d drop in to share their great fishing stories.

Roughly 50 minutes later we arrived in the old timber town of Alexandra. 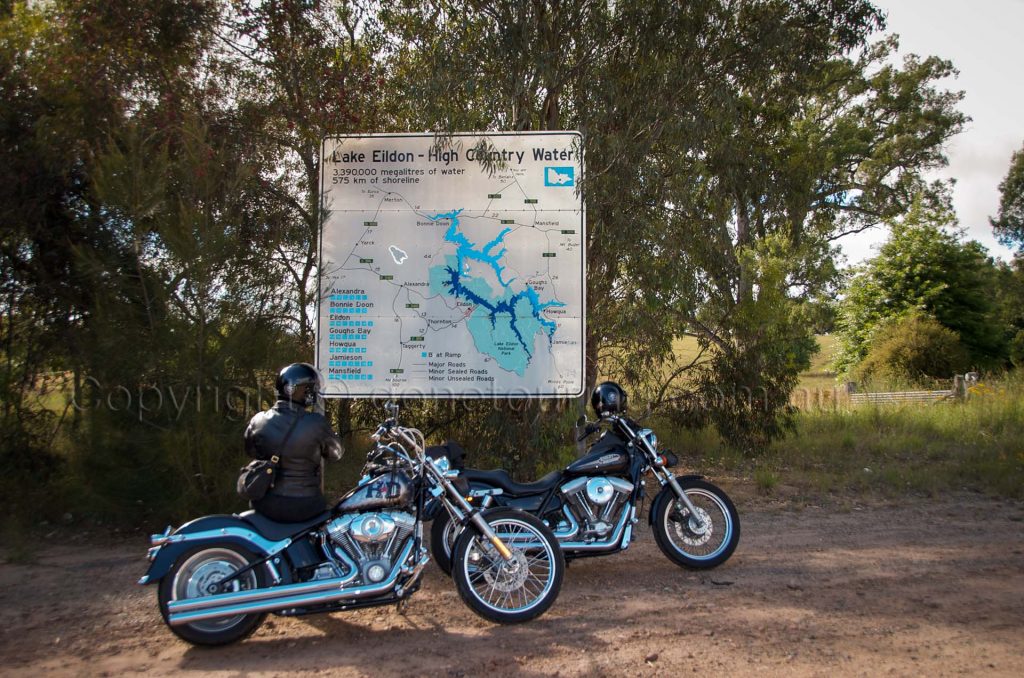 Map of Lake Eildon on side of the road

The town centre of Alexandra, which is built along the attractive boulevard of Grant Street, features a number of historical buildings that have been preserved and date back to the 1850s when gold was discovered and mined in the area. Today, the town is an important commercial hub for the surrounding villages including Yarck, Acheron, Taggerty and Thornton, offering a selection of shopping facilities. 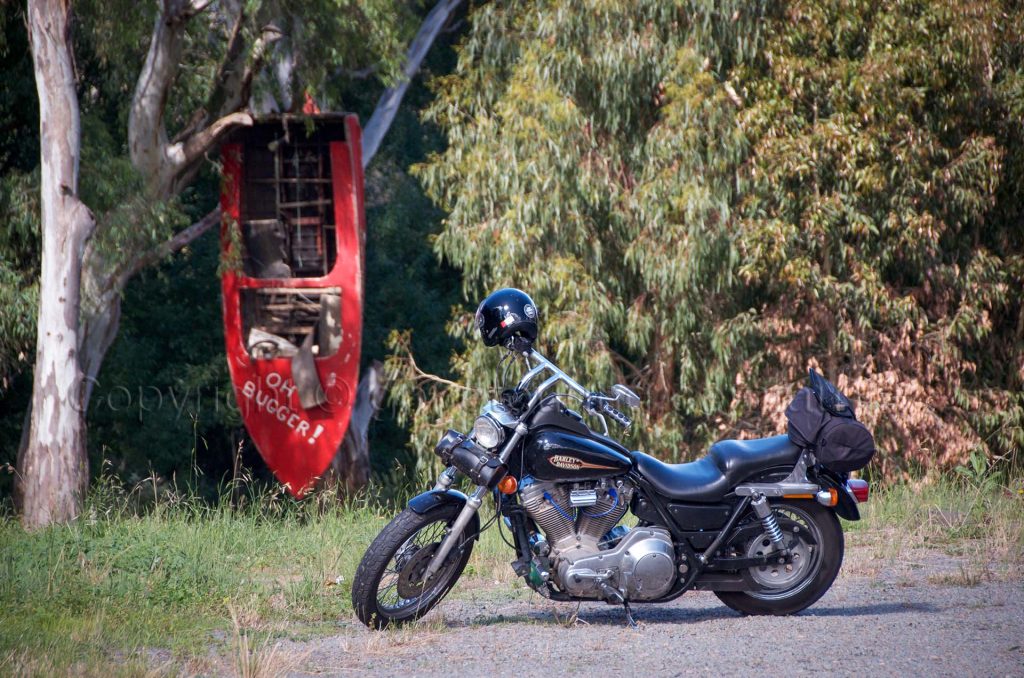 The Timber Tramway & Museum is located in the old railway station building in Station Street and displays artifacts of the timber industry including steam engines. Train rides are available on a 600 metre loop. The museum is open from 10.00 a.m. to 4.00 p.m. on the second Sunday of every month with steam-hauled trains. On the fourth Sunday of every month they’re diesel-hauled trains. Outside of these operational days, members of the public are free to wander our grounds. There is a wide range of machinery and other static exhibits to be viewed during daylight hours seven days a week.

We’d been told if we wanted a really good look at the lake to take what’s known as the Skyline route to Eildon.

So we left Alexandra much warmer than when we arrived with our new fleecy shirts, we purchased in town, and wound our way up to the top of the Skyline road where we were afford some spectacular views.

It was well worth stopping and the panoramic vista was superb, however the windy road called and it didn’t take long to drop down into the tiny tourist town of Eildon. 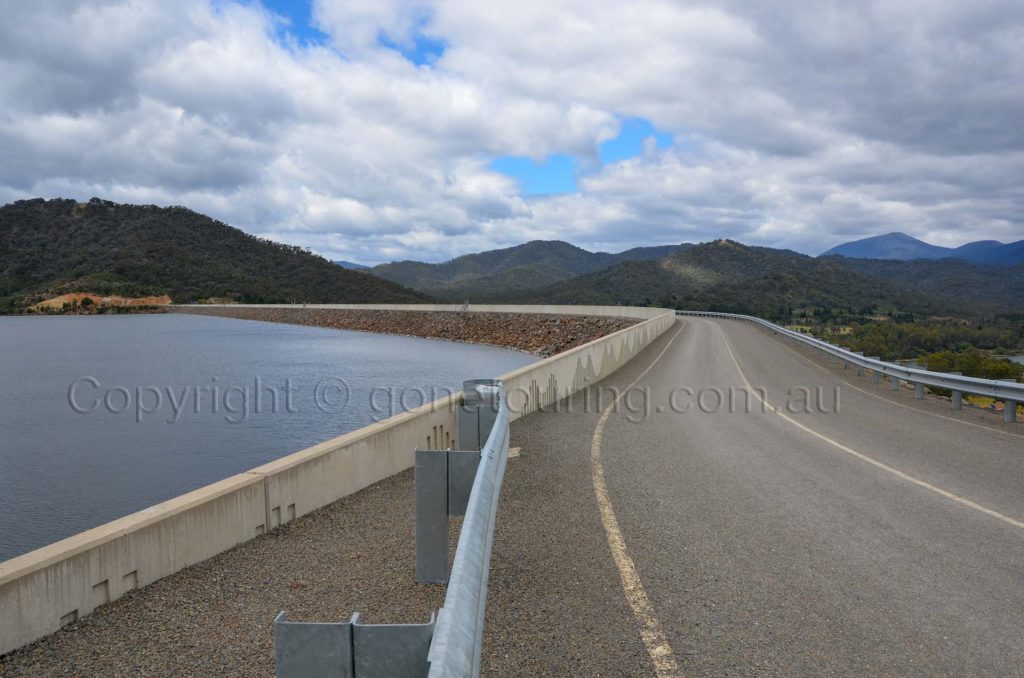 You can ride over the wall at Lake Eildon

We stopped briefly in Eildon for fuel and a quick coffee before heading up to ride across the dam wall.

During the construction of the Eildon Dam, approximately 4000 people were housed in the new township of Eildon. Construction of the town commenced in 1950 and was completed in 1952. Originally the town comprised 300 permanent houses, pre-cut and fabricated in England but assembled on site. Fourteen different plans were used to eliminate the sameness of appearance. There were 190 temporary houses and hostel buildings with accommodation for 1,275 workers. All services were installed, including roads, water supply, drainage, sewerage, and electricity. Great attention was paid to all details. Including the provision to convert the workshop and stores buildings to factories for light industries after the completion of the dam.

A quick word of caution. There’s a 40kph speed limit across the wall that is heavily policed.

It’s a tad over 60 kilometers from Eildon to the old mining town of Jamison. This section of the route is a bike riders dream with plenty bends and twists. It takes roughly an hour and half to cover the distance comfortably. However, with a few stops to take in the sights it took us a little longer to reach Jamieson. 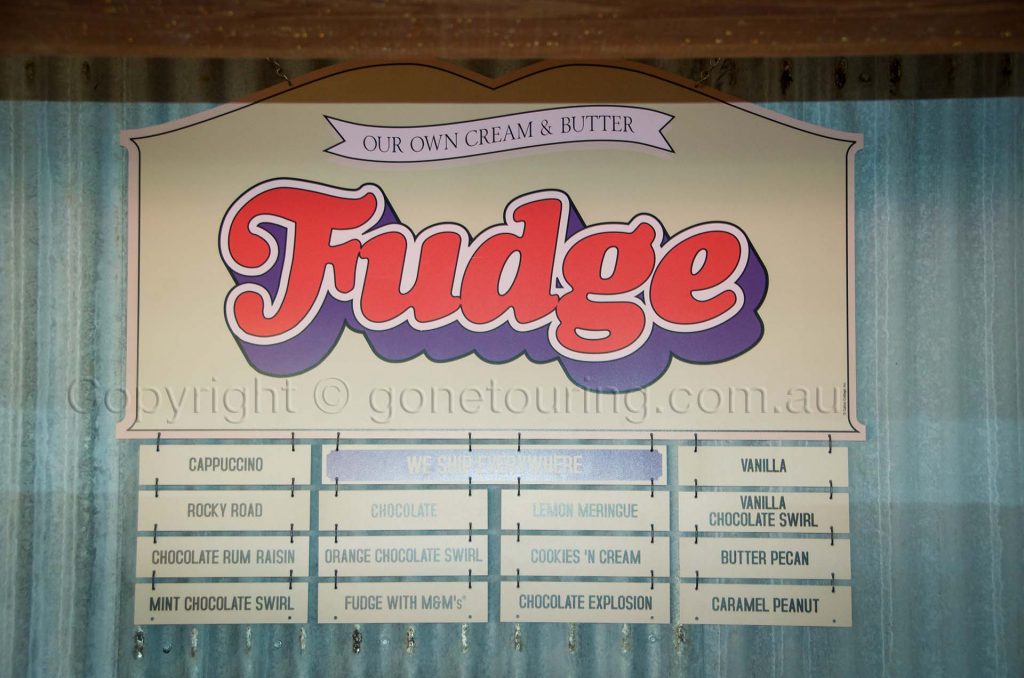 At the end of the spectacular ride around the Lake Eildon National Park lies the Jamieson Brewery and fudge factoiry, Needless to say K-Bear wasted little time getting a box of fudge.

The Jamieson Brewery only use traditional brewing styles to give the freshest, preservative free beers. The secret is using no added sugars and Mountain Fresh Water. They also provide a Brewery Tour for brewing connoisseurs. You can grab a Tasting Tray that includes 4 beers plus homemade pesto for only $12 to sample their beers.

That Fudge must have been pretty damn tasty too, because K-Bear went back for more.

From Jameison you can head another 10 kilometers further east to the historic Kevington Hotel which originally started trading as Garrett’s Beer House in the Gold Rush of 1862. It is now the last example of a period historic hotel left in this part of Victoria. But more on that another day. 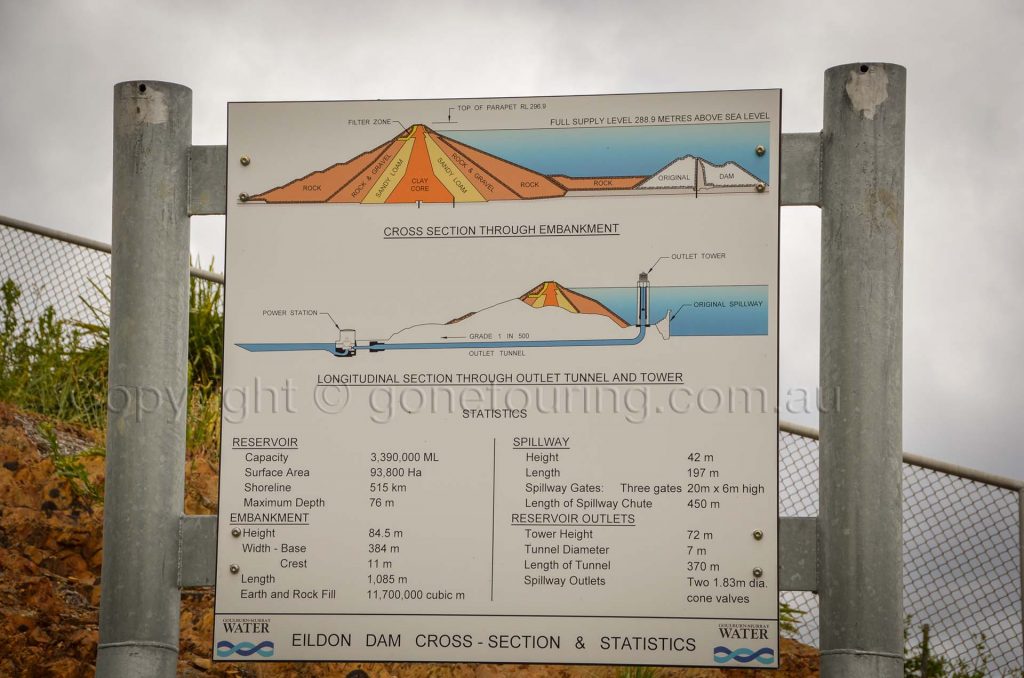